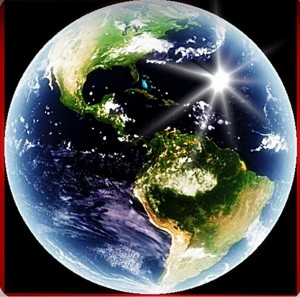 This post is a continuation of my video series.  I have decided to include a written narrative of my videos beginning with Part 3.   The first two videos do not have a written portion. Revelations 13 Beast Part 3

(KJV)Gen 3:15 And I will put enmity between thee and the woman, and between thy seed and her seed; it shall bruise thy head, and thou shalt bruise his heel.

This is necessary in order to properly interpret prophecy. The popular view in modern eschatology is that the Jews in Palestine (Jerusalem) are how and where the kingdom of God will be realized and the beast of Revelations 13 will manifest in modern day Israel. It is believed in popular Christianity that God’s promise to the natural Jews is unfulfilled.  Scripture appears to indicate otherwise.

(KJV) Jos 21:44 And the LORD gave them rest round about, according to all that he sware unto their fathers: and there stood not a man of all their enemies before them; the LORD delivered all their enemies into their hand. Jos 21:45 There failed not ought of any good thing which the LORD had spoken unto the house of Israel; all came to pass.

The promise to natural Israel was fulfilled in the Old Testament as clearly stated in scripture. The old pointed to the new. That is the Old Covenant pointed to the New Covenant. Old Jerusalem pointed to New Jerusalem. When we get to the new we do not go back to the old. This was Christ’s point.

Luk_5:37 And no man putteth new wine into old bottles; else the new wine will burst the bottles, and be spilled, and the bottles shall perish. Luk_5:38 But new wine must be put into new bottles; and both are preserved.

For God to go back to the Old Covenant, a rebuilt Jewish temple and Jews based on the flesh would be to put new wine into old bottles. The Jews of today in Palestine are preserved today by God but not so they may inhabit a kingdom because of their natural ethnicity, but because they as a people are witnesses for judgment and the root of Christianity is from them. In order to execute justice there must be witnesses. They are also preserved for the sake of the believing branches which are in Christ and Christ is God’s name’s sake.

Isa_48:9 For my name’s sake will I defer mine anger, and for my praise will I refrain for thee, that I cut thee not off.

The true Jews according to scripture are: The first fruits which are Judah and ethnic Jews who believe on Christ (Also known as Messianic Jews). These are a remnant from among the ethnic Jew.

Rom 11:5 Even so then at this present time also there is a remnant according to the election of grace.

Then there is Ephraim (Israel) the lost tribes which are fulfilled in the lost gentiles who come to Christ.

Paul understood that the calling of the gentiles was the bringing back of the lost tribes of Israel. For in Hosea God put away Israel (The Northern Kingdom). Then prophesied that he would bring them back, but they are brought back from the gentiles. The believing gentile is returning Israel. The believing Jew is Judah.

Hos 1:6 And she conceived again, and bare a daughter. And God said unto him, Call her name Loruhamah: for I will no more have mercy upon the house of Israel; but I will utterly take them away. Hos 1:10 Yet the number of the children of Israel shall be as the sand of the sea, which cannot be measured nor numbered; and it shall come to pass, that in the place where it was said unto them, Ye are not my people, there it shall be said unto them, Ye are the sons of the living God. Hos 1:11 Then shall the children of Judah and the children of Israel be gathered together, and appoint themselves one head, and they shall come up out of the land: for great shall be the day of Jezreel.

This is what Paul was saying in Romans 9:24-9:26. The gentile believers are Israel. And as it says in Hosea 1:11 they shall appoint themselves one head. That head is Christ. Now that I have shown by scripture who the seed of the woman is which is Christ and all that trust in him, I will now show the seed of the serpent in part 4 of this series.  Understanding the prophecy in Genesis gives us the foundation for understanding the book of revelation chapter 13 and the fulfillment thereof.

Understanding the beast of Revelations 13 Part 1

Understanding the beast of Revelations 13 Part 2

Understanding the beast of Revelations 13 Part 3